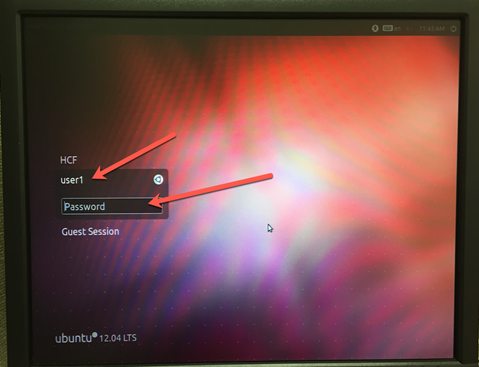 Open a Terminal (right-click on the Terminal icon on the Launcher on the left edge of the display and select "New Terminal")  (see Figure 2, K).

Type “hartmenu” (without the quotes) on the terminal (see Figure 3, L). 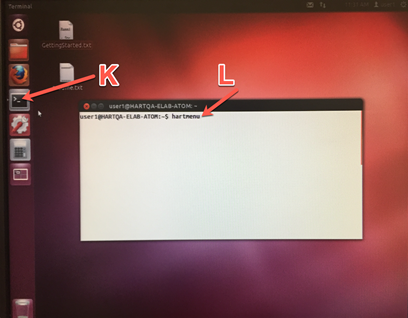 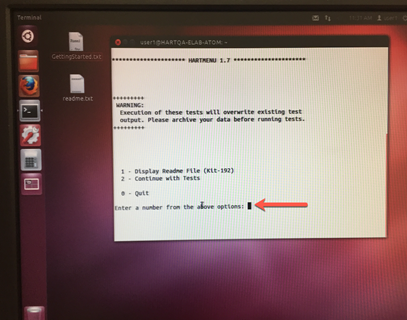